In 1967 The Beatles released a memorable song called, “When I’m Sixty-Four”. The song asks the question that can stir in the minds of many people who are facing old age when it repeats the words, “Will you still need me, will you still feed me when I’m sixty-four?”
The thought of no longer being needed with the advancement of old age cuts across the very purpose for which we were created.

Interestingly, I belong to a denomination that requires its pastors to retire at 65, even though it is possible to believe for a number of them that their best years are still to come.
( Sue still needed … 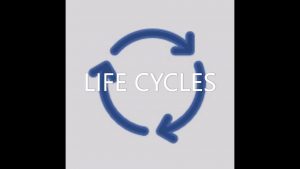 Human beings are not the only ones who proceed through a life cycle. Every organisation has one.

One day in my mail, I received a poster to advertise an event soon to occur in another church. I was struck by the irony of the fact that it contained details announcing the “celebration” of the closure of this certain church. It caused me to realise that any church is ever only a generation away from closing. I placed the brochure inside the cupboard of my office to remind me, whenever I opened the cupboard, that every church/organisation is either on a life cycle or a death cycle. (See brochure at end …